You are here: Home / Uncategorized / What about me? 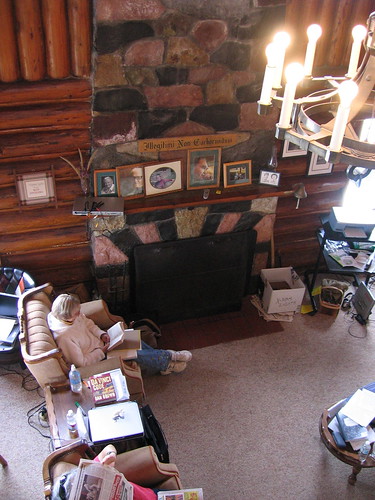 Enough about hurricanes, Supreme Court, the War on Terror, and UN scandals, how about me?

I thought you were wondering.

A few weeks ago, a friend I don’t see often asked if I was writing. I told him I blog everyday if you consider that writing, and I did. But a day or so later, I realized that I hadn’t blogged in a few days and didn’t know when I would.

It was around the time Katrina hit, and I was rendered speechless. There have been many fine and many stupid things written about New Orleans, the Mississippi Gulf Coast, the Corps of Engineers, the devastation, the corruption, the sadness and the hope. The Walter Inglis Anderson Museum in Ocean Springs, Miss., survived, and the Cafe du Monde in the French Quarter survived. I still don’t have anything to add to the fine things, and I’d rather not add to the stupid things, so for a week or so there was silence.

And then, well, sometimes you just get into a riff — even if it’s a riff of silence — and ride it.

But last weekend I became a novelist again. I went to an Oregon Writers Colony workshop in Rockaway, on the Oregon Coast. The workshop was given by Larry Brooks, who teaches novel-writing from the bones outward, or to use his metaphor, by building the house foundation first, followed by plumbing and electricity, walls, then roof and paint. Seem obvious? When you put it that way it is. But some writers sit down in front of a blank piece of paper and write, “Chapter 1. It was a dark and stormy night. . . . The end.”

I’ve tried it that way, and I testify to you that every time I’ve wandered into a swamp somewhere in the second act and got lost. To get out of the swamp, you either need a map ore you need to go back and start over enough times that you create a path through it. Stephen King may be able to keep enough of a map in his head to get through the swamp, but I can’t.

With Larry’s four-corners approach, you start with concept (the “what if . . . ?” of the story), theme (the issue or message of the story), characters, and structure, building up first one and then another as each decision about one corner makes the other corners stronger and taller and clearer. When it’s done — characters thought out, theme expressed, concept intensified through conflict, important plot points laid in and scenes fully planned — then you write. If you do the structural work with enough care, you won’t need multiple drafts, and you don’t get lost in the second-act swamp.

He’s a great teacher, thorough and encouraging, and he’s careful to point out how the techniques work for both action-oriented plots and the quieter character-driven plots. I came home energized and hopeful, with the tools to fix this thing I’ve been working on longer than I care to say. I will finish it, make an honest effort to sell it, and if I don’t, I’ll post it on this blog under a creative commons license. If I don’t have a sense that somebody out there is at the other end of this effort, then there’s no point. But if there are even twenty people, even one person, who read it because they want to and not because they feel obligated to, then that’s reason enough.

In the meantime, this blog will not be updated daily anymore. I’ll be back. There’ll be news items I can’t pass up and maybe even writing discoveries to record. But if you wonder what I’m up to, I’m taking fictional characters on long neighborhood walks as I quiz them about why they are the way they are and why they do what they do.

And if you’re interested in writing fiction and Larry Brooks gives a workshop in your area, don’t miss it.