You are here: Home / The Craft of Writing / The Villain’s Journey 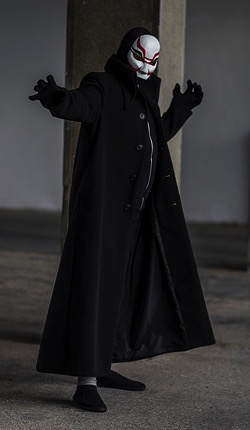 In some stories (my own included, sadly), the villain moves through the plot like a chess piece in a rigged game. These stories may have action, but they lack depth.

In a great story, the hero and the villain engage in a kind of dance, each illuminating the other’s options and choices. There’s a sense that the story could be told from the villain’s viewpoint, inside-out and backwards, but still with desire, motivation, rising and falling action, and a satisfying ending.

They are the same story, told from different points of view.

And they are both about change.

In the Hero’s Journey, the hero is going along in his normal way, and something shakes him out of his rut. It demands change. Whether it’s going out to find the dragon or holding the line against the alien invasion, it’s all about a change in circumstances that demands the hero transcend his (or her) own nature to be a greater person and bring that greatness back to the community in some way.

It’s a road of achievement and danger, and it demands a kind of death, leading to a new life.

Every classic story in a nutshell.

The villain likewise is going along in his rut. Things are as he expects them to be. And then the hero comes along and shakes up his comfortable world. It may be by simply existing, or it may that they have a relationship threatened by the hero’s changes. The new reality demands change.

We may love the one and hate the other, but we can admire both the hero and villain for their wisdom and cleverness, their courage and audacity, the way they stand for their principles. Together they teach us great truths about life and the way the world works and how actions have consequences.