You are here: Home / The Craft of Writing / Stakes in Fiction-Writing: The End of the World 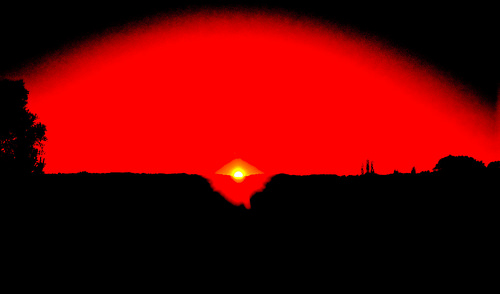 In fiction, stakes are always about the end of the world.

I’ve been resistant to that because I think oncoming asteroids and alien invasions are boring (even though I like science fiction). But that’s because I’ve defined the “end of the world” too narrowly.

The end of the world can happen on every level, from universal (Star Wars) to global (War of the Worlds) to geopolitical (Lord of the Rings), to the community (It’s a Wonderful Life), to the individual (impending death, life changes, losing or gaining children, getting married, losing a loved one).

When it comes down to it, stakes in fiction — the danger of the world’s end — are change, because change is always ending one world and beginning another.

, an author who specializes in the meaning of dreams, answered a question from a young woman about to graduate from high school who dreamed that her mother died. The dream was not a premonition or a wish for her mother’s death. It meant that the young woman saw a profound change in her relationship with her mother coming in the near future, an inevitable change for someone going off to college and on to adult life. In dreams, death is change, because it’s how change feels at our deepest level — unknowable, uncontrollable, and frightening.

Fiction is a form of community dream, and in order for fiction to reverberate in the reader’s inner core, it has to present the power and terror of change — the end of a world.

Here’s a useful description of plot reduced to its essentials: “A man went on a journey. A stranger came to town. Same story from different points of view.” But if that’s all there is to the story — a tourist visiting seaside souvenir shops — then there’s no power to the story, because it doesn’t address the terror of change.

Clint Eastwood’s movie High Plains Drifter illustrates both sides of that plot description — the man goes on a journey; the stranger comes to town — in a life-or-death (high-stakes) showdown. The Stranger walks into a town full of apparently nice people who (spoiler alert) murdered him once and would do it again — the end of his world. Because of the Stranger, those apparently nice people must take responsibility for what they did — the end of their world. Life-and-death stakes all around, but not an asteroid in sight.

It’s not just in the opening or plot outline that the world is at stake, either. It’s in every scene. If the character’s world has gotten bigger, there’s a danger of losing what’s been gained. If it’s gotten smaller, there’s a danger that it will shrink still more. The “all is lost” moment at the climax is exactly that, the end of the world, from which the hero breaks out like a chick from an egg into a new world or the old remade.

I’m working on a novel, trying to get the premise (useful term I’ve gotten from Larry Brooks), and I suddenly realize that the problem is that my characters’ worlds aren’t ending. I can fix it. But it’s a revelation that this (and not something else) is what I need to fix.

How is your character’s world about to end?